Wake up (not so early in the morning),and throw myself to the kitchen coz i'm so damn Hungry.. 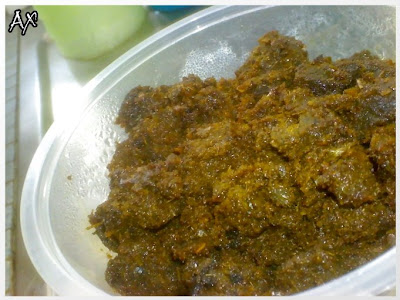 Found the Daging Rendang(Mum's Cook) from my hometown 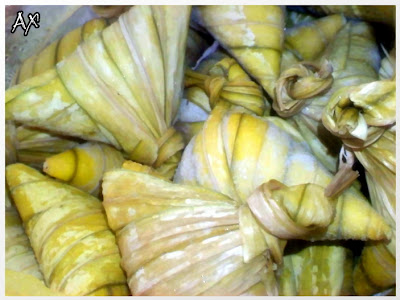 and there is Ketupat Palas too...Goreng pun sodappp!!Finish with my Breakfeast.. 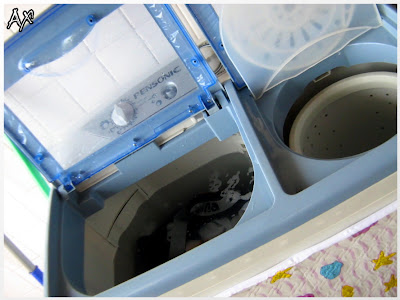 Then work on Laundry-which is two trip laundry-so many pieces of clothes!! 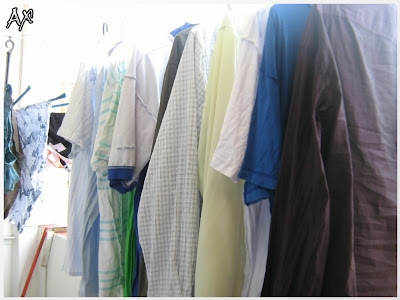 It just takes me 1 and half hour to finish with it..lucky it's not rainy outside.. 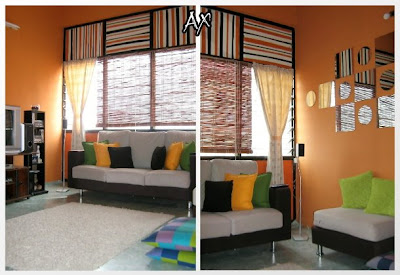 Take a rest for couple hours at my living room.. 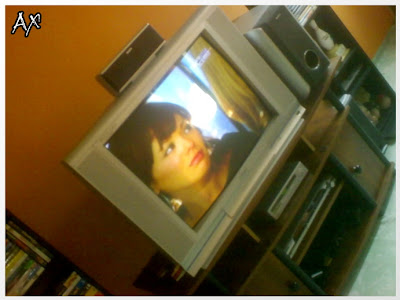 and watched some of TV series drama..then drive myself to the Office..Because 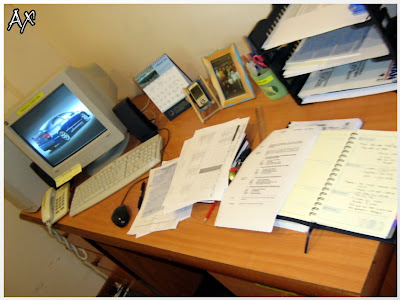 Unfortunately i'm on my duty this weekend.. 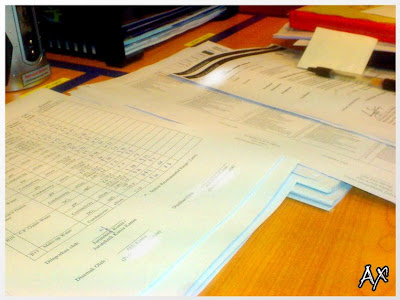 To finish every single undone Chores that i've left behind for one week Hari Raya Holiday..and when i just cannot stand to be in this 'prison', 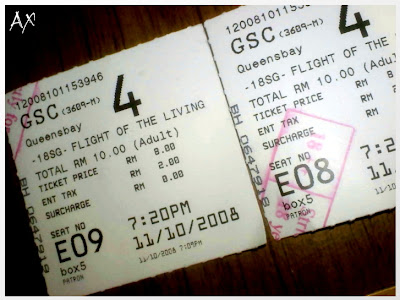 i've made up my mind to watched a movie at Queensbay Mall-Flight of the Living Dead...But due to the some technical error(which is i just cannot explain it here),i've moved out from the cinema after it's on air for 30 minutes...I dont know why but i choose to leave.Never mind..No further Question. 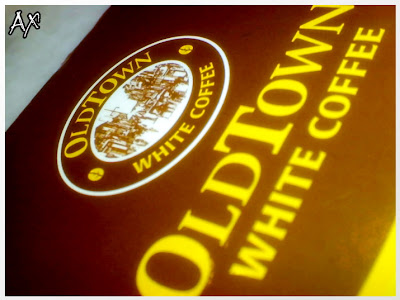 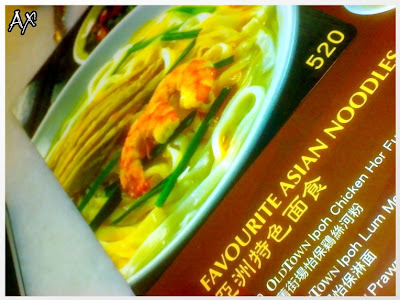 my faveret-Ipoh Chicken Hor Fun and Mocha coffee become my selection to ease my hunger inside. 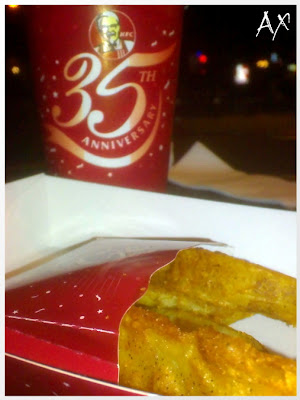 Feelings like want to eat Potato Wedges at KFC all of sudden...who cares..Then just drove back home 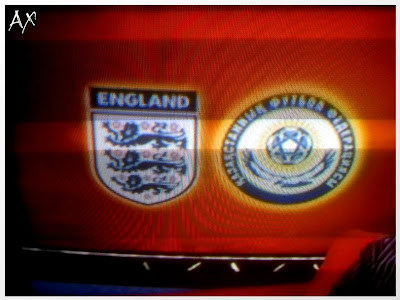 and there are LIVE match of World Cup 2010 Qualifier-England VS Kazakhstan on Star Sports Channel. 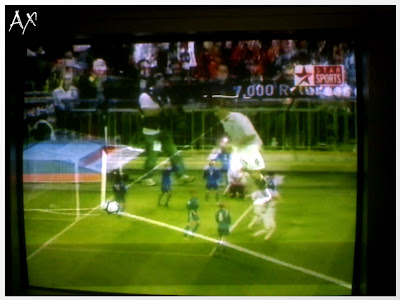 First half ended with 0-0 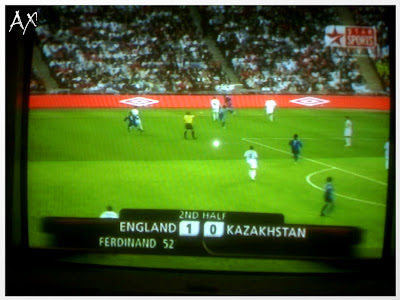 early of Second Half England take a lead by Goal from Rio Ferdinand.. 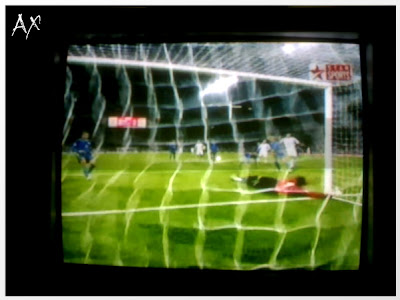 Second Goal for England Obtained by Own Goal from Kazakhstan Defender 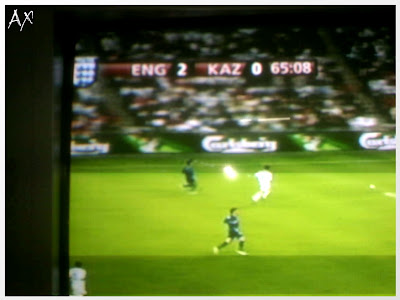 that's not too long before Kazakhstan Strikes back 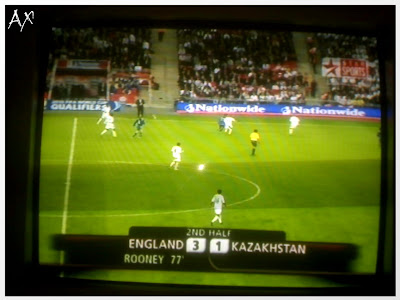 But Rooney did Gave third Goal to England after that 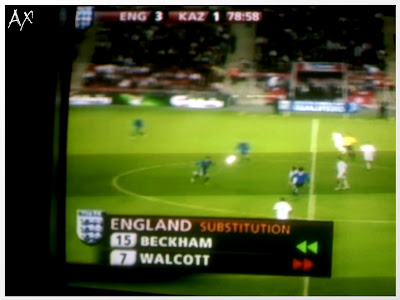 oh yeah,Beckham still in Sub status in this game.. 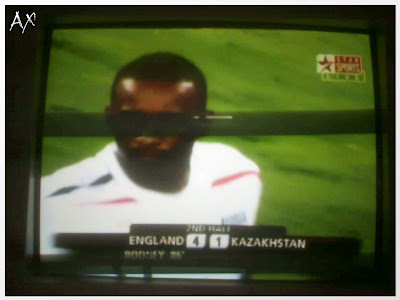 and Rooney did it again-4th Goal for England!! 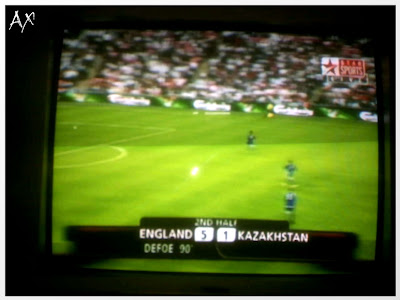 and last but not least-Jermain Defoe gave the final Goal in this match to England. 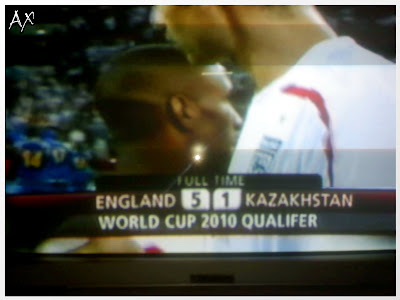 i'm still in my Office right now-still working on another Undone Chores... 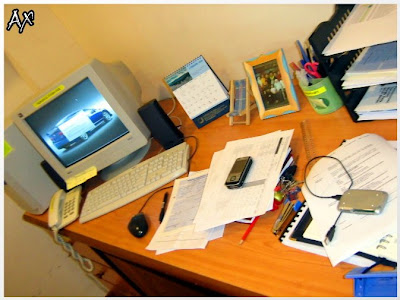 pa!! inah pun pi lab every day and i dont have any weekend :)

haha axim you were working when you text me? i was in the office too! lol. do they pay you for this? if yes, then don't be sad ok? lol.

btw, i wonder why you left the cinema. i know you prefer to keep it for yourself but still i can't help myself wondering about.

Have a GREAT day to you!!

yup,while i'm texted you i'm in da office...they dont pay me but i can Claim OIL...better than nothing right??:)

about da cinema,enough for me to say maybe i'm too childish(that's what she say) to face da situation..but never mind,i'm already forget about it.. A NEW DAY HAS COME...so i just dont want to look back anymore..past is past.

prawn mee at Old town??i prefer Ipoh Chicken Hor fun over the others:)

have a great day adeq!!

thanks xora!!same goes to you...happy monday too:)

LIFE is a long journey.. you'll never know what would happen next. just enjoy it. same goes to relationship.. there r ups and downs. as u said-UR LIFE is YOUR CHOICE-

well, i really had a wonderful weekend with nan last week..

wohooo what a bad english.
broken all the way.
take some english lesson dude ;)
no offence