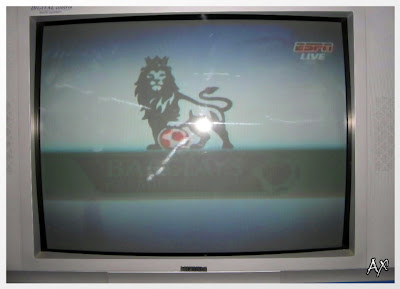 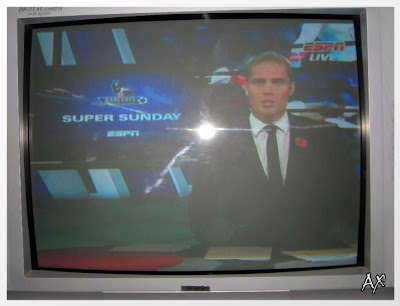 "Apres le deluge, Le Sulk. Following a monsoon that almost forced an abandonment, the famously moody Nicolas Anelka struck twice, once unintentionally, once brilliantly, to propel Chelsea back in front of this compelling title race. In setting a Premier League record of nine successive away wins, Chelsea also confirmed the character and technical class in their ranks."
The Guardian, Tim Rich:

"On a surface that resembled a fen, [Chelsea] hauled themselves to the summit of the Premier League, level on points with Liverpool but massively ahead on goal difference. Perhaps more significantly in the longer term, Luiz Felipe Scolari celebrated his 60th birthday - an age at which Sir Alex Ferguson believes a manager is close to his peak - eight points clear of Manchester United."
The Independent, Ian Herbert:

"Ducks to water best describes what followed from Chelsea, who were back ahead of Liverpool at the top of the pile on goal difference last night, with 10-goal Nicolas Anelka top of the league's scorers for good measure."
The Times, Martin Samuel:

"It was one of those stereotypical “grim oop north” days, met with one of those stereotypically gutsy, efficient Chelsea performances. Rain made the pitch sodden and random, a biting wind made the location fiendishly inhospitable, yet Chelsea dug in, got in front and breezed through the rest of the game as if dozing in a deckchair on a summer day."
Official Chelsea FC Website, Andy Jones:

"[Nicolas Anelka] made it six goals in three league games with one in either half at Ewood Park as the Blues earned a deserved three points in the north-west." 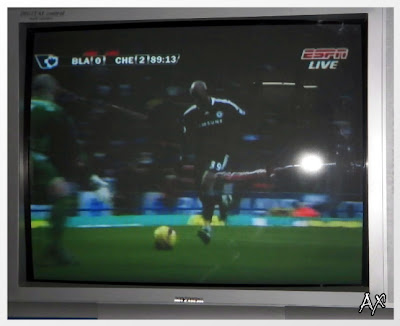 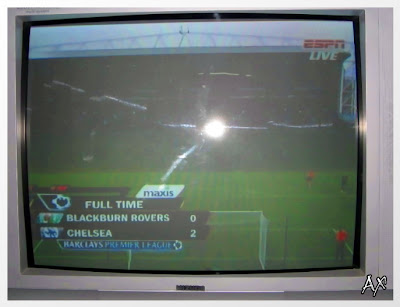 Player ratings
Petr Cech: Made two outstanding saves, one in each half, and was commanding at corners and crosses. Continues to distribute the ball intelligently - 7.5/10.
Wayne Bridge: Lots of freedom to get down the left wing in the first half. Good crosses. Did his job well at the back too - 7.5/10.
John Terry: Was uncharacteristically turned by Jason Roberts on one occasion, but otherwise another solid display in difficult conditions. A great header in the first half narrowly missed the target - 6.5/10.
Alex: A dependable if at times sluggish performance - 6/10.
Jose Bosingwa: Questions were asked after the defeat to Roma, but he answered them with another good display of attacking full-back play. Loses a quarter of a mark for his ridiculous handwear - 7.75/10.
John Obi Mikel: Not as commanding a performance as we have come to expect this season. Seemed to get frustrated as the game progressed and gave away a number of silly free kicks - 6/10.
Frank Lampard: Started slowly but soon took control of midfield. Robinson denied him a goal on more than one occasion - 8/10.
Deco: Pretty good in the first half, a bit disappointing in the second. There were times when he wanted too much time on the ball which Blackburn didn't allow after the break. Was muscled off it several times - 6.5/10.
Salomon Kalou: An occasional mazy run, but his final ball often disappoints - 6/10.
Florent Malouda: One misplaced pass aside, another good performance on the left - 7/10.
Nicolas Anelka: Six goals in three Premier League games says it all. Unlucky to come up against a keeper in good form, otherwise he would have scored his second hat-trick in as many games - 8/10.
Juliano Belletti (sub): Replaced Kalou with about 25 minutes to go. Steadied the ship - 6/10.
Paulo Ferreira (sub): Time wasting substitution - 6/10. 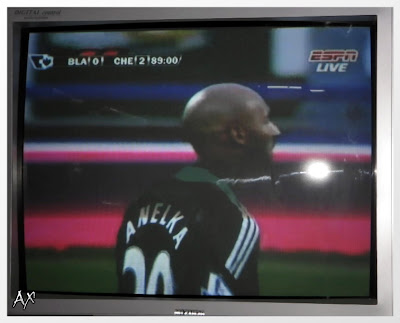 Man of the Match
I'm giving it to Nicolas Anelka, who has scored 10 goals in 12 Premier League games this season. Frank Lampard and Jose Bosingwa deserve a mention.

we will be on top or die trying...