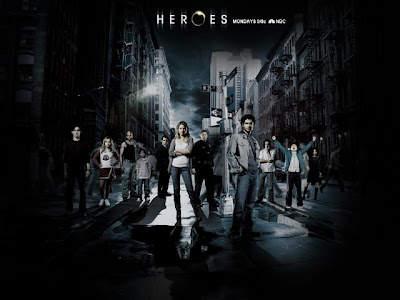 Heroes is a serial saga about people all over the world discovering that they have superpowers and trying to deal with how this change affects their lives. Some of the superheroes who will be introduced to the viewing audience include
~Peter Petrelli, an almost 30-something male nurse who suspects he might be able to fly,
~Isaac Mendez, a 28-year-old junkie who has the ability to paint images of the future when he is high,
~Niki Sanders, a 33-year-old Las Vegas showgirl who begins seeing strange things in mirrors, ~Hiro Nakamura, a 24-year-old Japanese comic-book geek who literally makes time stand still, ~D.L. Hawkins, a 31-year-old inmate who can walk through walls,
~Matt Parkman, a beat cop who can hear other people's thoughts, and
~Claire Bennet, a 17-year-old cheerleader who defies death at every turn.
As the viewing audience is discovering the nature of each hero's powers, the heroes themselves are discovering what having superpowers means to them as well as the larger picture of where their superpowers come from. Tune in each week to see how these heroes are drawn together by their common interest of evading the series' antagonist who wants to harvest their super-DNA for himself. Their ultimate destiny is nothing less than saving the world! 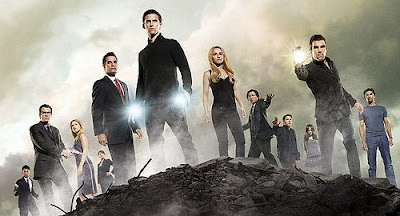 Season 3:Villains
Hiro attempts to delve into Arthur Petrelli's past to uncover the mystery behind him creating a rival company Pinehearst and his hatred towards Angela. Sylar stricken by guilt tries to stop his murderous ways with HRG and Elle vying for his blood. Meredith's training goes up in smoke with the arrival of her brother. 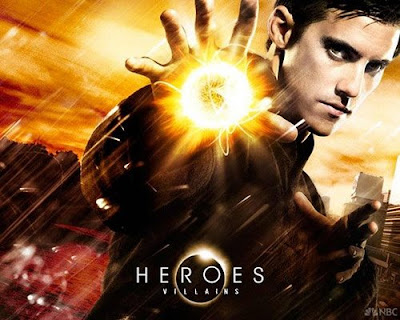 Email ThisBlogThis!Share to TwitterShare to FacebookShare to Pinterest
Labels: film/sequel

yeah,i do watched PB too..but just up till season 2 jer...o i c..Scofiled is ur husband ekk...

I addicted to both of da series..

Nan already married with scoffield so i guess you didnt have a chance la bro...