I really like this TV show,because this show is really amazing..! from the first season until this second season,and tonight is the season finale for TARA2..3 teams that competed in the final leg is very competetive and i really like da most for sure team from malaysia,Pam and Vanessa..lucky that collin have a great knowledge about flag thus make his team as a winner..

Here is the synopsis of the 3 teams that competed in the final leg: 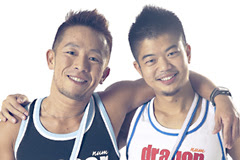 Young, energetic and passionate about their fitness regime, gym buddies, Collin and Adrian from Singapore are in such good shape that they could be the perfect poster boys for being fit and healthy. In fact, one can hardly tell that this team holds a secret which can prove to either be a setback or a huge advantage in The Amazing Race Asia! The jovial pair will proudly tell you, and expressively too, that Adrian has a hearing disability and relies on sign language to communicate with his teammate, Collin. 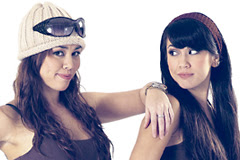 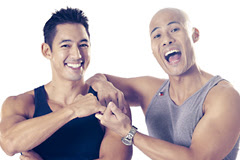 No Amazing Race show can be without its hunk factor and that is where Marc and Rovilson from the Philippines come in. This is one team with the two flamboyant individuals, who dish out a mixture of comedy and ego with a ton of sass. Both TV hosts by day, Rovilson also works as a magazine editor while Marc is a model, whose face, and rather well toned body, has graced the cover of many magazines.

Actually, I like all 3 teams that competed in the final leg!
Congrats to Adrian & Colin..U guys proved that despite of disability, u guys still can be no. 1! Eventhough, last nite I was hoping Van Pam win the race, but u guys still deserved to win the race..
Congrats tu Pamela & Vanessa! U guys proved that Malaysian were the strongest teams! 2 consecutive years, Malaysian teams were in the top 4 and top 2! Although, u guys didn't win the race..but u guys did win Malaysian heart! Hopefully, the next TARA, we will see all-male teams from Malaysia to compete! To prove that Malaysian male teams are as strong as Marc & Rovilson / Colin & Adrian aswell! But the most important thing is to prove that Malaysian will still be among Top 3!
And lastly to Marc & Rovilson! U guys proved that u guys were the strongest team ever to race in The Amazing Race!! Congratulation! I guess, luck didn't came along with u guys on final leg!
Ooh..I already miss TARA2!